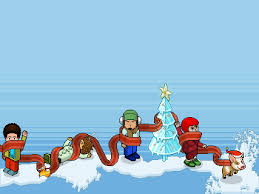 The pool has come and gone many times... My guess is that they did, indeed, remove it for pool blockers. Kind of ironic because many players actually started playing the game legitimately after 'pool raids'.

It was a pleasure working with you Tyler, I wish the best for you. Sorry this is late!

My Wikia Name is: ItsTorin

(edited by Dǐll Kevlar)
A reply to Dǐll Kevlar
1
Ghhghgh wrote:
One question: why blur out our eyes :o

We are amonymouse we r leguin

My Wikia Name is: Imdill4

My Habbo Name is: Pumpkinkiller54

On the main page, we have an amazing new tool (Thank you, Kris) that displays your user's avatar. However, We need to know your Habbo username to get you a proper picture!

Post in this thread below for one of the admins to get your avatar image set up.

Simply create your own by going to Template:Habbo/YOURWIKIAUSERNAME and create the page only with Your Habbo Username. For example: Cblair91's template will say only "Coolchris322" because that is his Habbo name.

Otherwise, post your Habbo name below and we will add it for you!!! ;)

Well, Naomi (powertoo) is the only one that says "How are you", so I'll have to say her.

I think I was most relatable to Cresthawk though.

It's really lonely community-staff-wise these days...

Did someone say the 11th Xmas quest is out? No?! Well here is what you do:

It would be much appreciated if you wrote a small description of yourselves. Either edit (Template:Shop-Staff) yourself, or post your description here, so we can add it. Thank you!

Yeah, we already have a general knowledge of these rules, but we need them in writing and for them to be inforced.

Editors come in all shapes, sizes, and powers, from the bureaucrat, to the administrator, to the standard editor, to the anonymous editor. It's possible that an editor has exceptionally high levels in some skills (Habbo Guardians, Veteran Players, Admins on Other Wikis, etc). Due to human nature, an editor's status, popularity, attitude, demeanor, or in-game experience may influence the way we think about them. However, at no time may a user's group membership, in-game experience, or any other factor regarding that user's status affect the validity of his or her opinions in disputes.

A wiki is not based on any form of hierarchy. Administrators and Bureaucrats, as trusted members of the wiki community who are recognized for reliable edits and fairness in dealing with discussions, are not given authority over other players in overruling decisions; all major decisions, such as new policy, must be made by the community. No statement made by an administrator or other authority can be enforced as if it were a policy purely based on the fact that an administrator said it, and only rules determined by consensus can be enforced. Given a controversial situation, editors are encouraged to discuss and compromise, both being major parts of a wiki.

Policy will go in effect after/once: A consensus is made about any suggested changes to this policy by: December 19th, 2013.

It's pretty much "just let us know", Jin. Habbo Wiki can be accessed from just about any device with internet (pretty sure I can on my xbox, even). Don't worry about it Jin, this is mainly just to keep order.

Before this policy, most stuff just got implemented without any approval or notification to the community. Something Immunizations pointed out, before he left and something that should be required anyways.

(edited by administrators)
A reply to Dǐll Kevlar
0

Bureacrats are exempt from automatically loosing power, due to inactivity. This is because much larger steps are needed to remove bureaucrat (Wikia has to be involved).